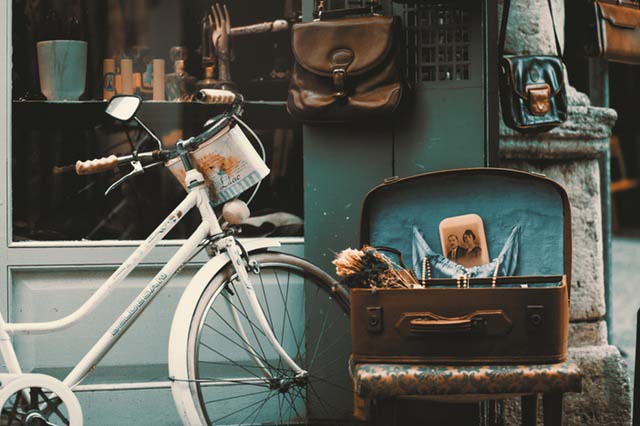 As a first stop on our trip through Europe we have selected Maastricht. How we experienced the capital of the Dutch province of Limburg and one of the oldest cities in the Netherlands, you will find out here.

To our Maastricht video

After having completely cleared and cleaned the apartment and having loaded the entire car in the sleet, we headed for Maastricht, the “most European” city in the Netherlands, because in 1992 the Maastricht Treaty was negotiated and signed here, leading to the creation of the European Union.

After a good three hours drive we reached the Galerie Hotel Dis, where we spent our first two nights, kind of as an adaption from living in an apartment to traveling in the car. The hotel, which also serves as an art gallery, is located in the quiet and oldest district of Maastricht (Jekerkwartier) close to the Old Town and offers large family rooms. In general, in Maastricht you often meet with galleries, art museums and elaborately decorated cafes or teatubes, like e.g. teazone, which was recommended to us as an insider tip (by the way, you can also get soy milk there). The friendly reception will gladly provide you with further information on sightseeing and restaurant tips. On prior request there is vegan breakfast. Private parking is available for 15 € per day a few minutes’ walk from the hotel.

As moving from the apartment and the organization around the trip were quite exhausting for us the last few days, we just walked through the old town, but were quickly driven back into our hotel room by the ever stronger wind and rain. There we ate a bit of bread, drank a cup of coffee with soy milk from Albert Heijn, took a very relaxing bath, and finally went to bed early, because the next day we wanted to explore Maastricht with our bikes which we had strapped on the back of the car. 

No sooner said than done, the next morning after breakfast, we set out to discover our first destination by bike. Since we had forgotten to pump up our bicycles at home, we stopped at the Maastricht University to borrow a bicycle pump. Past the Natural History Museum we wanted to visit Backforward and/or Soup Solo, but they were unfortunately both in remodeling.

So we went to the Vrijthof, a large square where the Saint John’s Church, the Saint Servatius Basilica and the main guard can be seen. As we were still not hungry, we drove past Vers to the Dominican church, where since 2006 the probably most extraordinary bookstore of the Netherlands can be found. There are about 20,000 books on three levels, instead of the altar there is a cafe. Next we went to the Markt, a rather unspectacular market square, after which we actually wanted to go to Kafethea, but which was also closed because of carnival.

As the weather got more and more uncomfortable and we colder and colder, we passed the Saint Servatius Bridge, the Basilica of Our Lady and the Old Franciscan Church, along the Maas and the Jeker back into our shelter, as the vegan-friendly Café Blend, which is very close to the hotel, had also closed due to carnival.

After a few hours of resting and warming up, we cycled around the same route again to see everything in warmer light of the evening hours. This time, however, we crossed the Servatius Bridge to the Rechtstraat, a very nice shopping street with small boutiques in Wyck, part of the newer town. Through the Charles Eyckpark we rode to the Bonnefanten Museum, a museum of ancient and contemporary art, located in one of the landmarks of the city, in the building of the Italian architect Aldo Rossi.

Past the theater De Bordenhal and the Center Céramique, we, starving, finally set off to the Pizzeria Bancale 61, which offers a seperate card with vegan pizzas with homemade, vegan cheese and mock duck from Seitan. The pizza was freshly made before our eyes and baked in a large wooden oven and tasted very good. Full we went through the city park and again past the Basilica of Our Lady to bed.

The next morning began delicious with a vegan BLT bagel and freshly squeezed orange juice from the SAP Bagel & Juice bar, which is located directly at the station. From an eleven meter high view tower we got a last overview of this small town, which offers a lot of space for art and which overall we liked very much – apart from the climate 😉