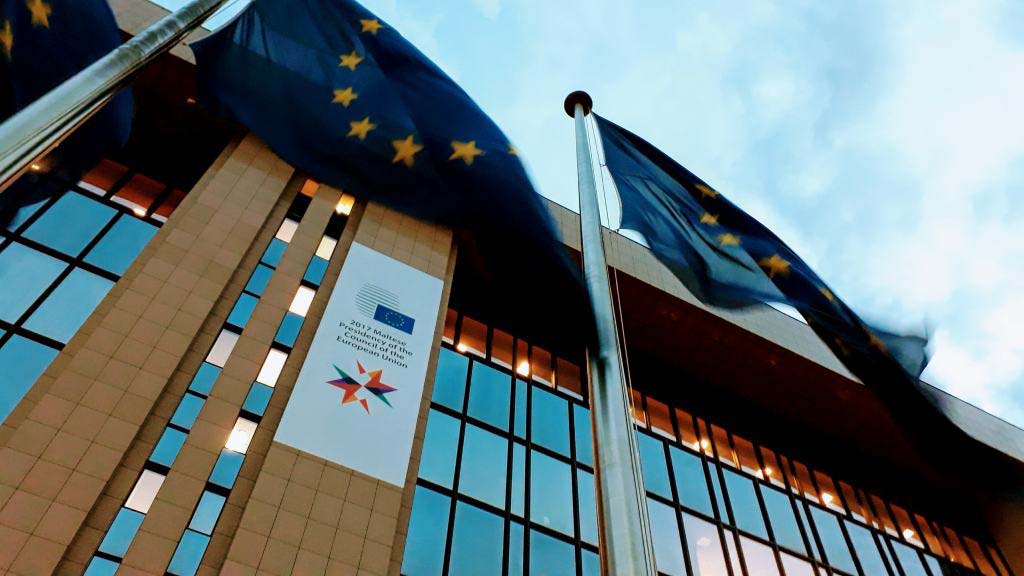 From one very European city to another: Let’s go for Brussels, headquarters of the European Union.

Our video of Brussels

From Maastricht we went to the neighboring country Belgium. Before we reached Brussels, we made a short stopover in the town of Leuven, 20 kilometers east of Brussels. In the middle of the center are the St. Peter’s Church and the very imposing town hall, for which alone the short detour had paid off. Since you need only about 30 minutes from Brussels by train or by car, Leuven is an excellent (half) day excursion destination if you are in the capital of Belgium.

After arriving in Brussels and failing to find a parking space in the urban area, we went to Ikea to work there a little with free wifi, electricity & coffee. When the drizzle had stopped in the afternoon, we decided to leave the car at Ikea and explore Brussels by bike. So we were able to move freely in the city center and went, after we had seen the Brussels Stock Exchange, by the St. Catherine’s Church and the market hall to the Grand Place, which with the prominent, gothic town hall is considerated as one of the most beautiful squares in Europe and has been included in the list of UNESCO World Heritage Sites in 1998.

After that, we took a walk through the Galeries Royales Saint-Hubert, which were designed by architect Jean-Pierre Cluysenaar in the middle of the 19th century to rehabilitate the run-down district. The over 200 meters long glass-roofed passage was inaugurated in 1847 by King Leopold I and was at this time the longest, tallest and brightest shopping arcade in the world. From the very beginning, the most prestigious shops have settled in it, and it is one of the oldest indoor shopping malls in Europe.

We rode back through the Warandepark (also known as Royal Park of Brussels) to the Royal Palace, which is the official palace of the King of the Belgians and symbolizes the constitutional monarchy. Passing the Church Notre Dame du Sablon, we looked at the Justice Palace and felt strongly reminded of Berlin by the countless EU-flags and all the important instituents we had seen in the European Quarter on the one hand, but on the other hand also of Vienna by the multitude of magnificent, gigantic buildings. Finally, we went for the seemingly obligatory visit of the only 61 centimeters small bronze statue of the Manneken Pis in the Old Town. Why exactly this is said to be one of the landmarks of Brussels stayed a mystery to us, as this impressive city has so much more to offer.

The next morning, we briefly visited the Atomium, originally constructed for the 1958 World’s Fair and designed by the engineer André Waterkeyn as a symbol of the atomic age and the peaceful use of nuclear energy, before we headed for Bruges. Unfortunately, we can not show any pictures of the Atomium for legal reasons.