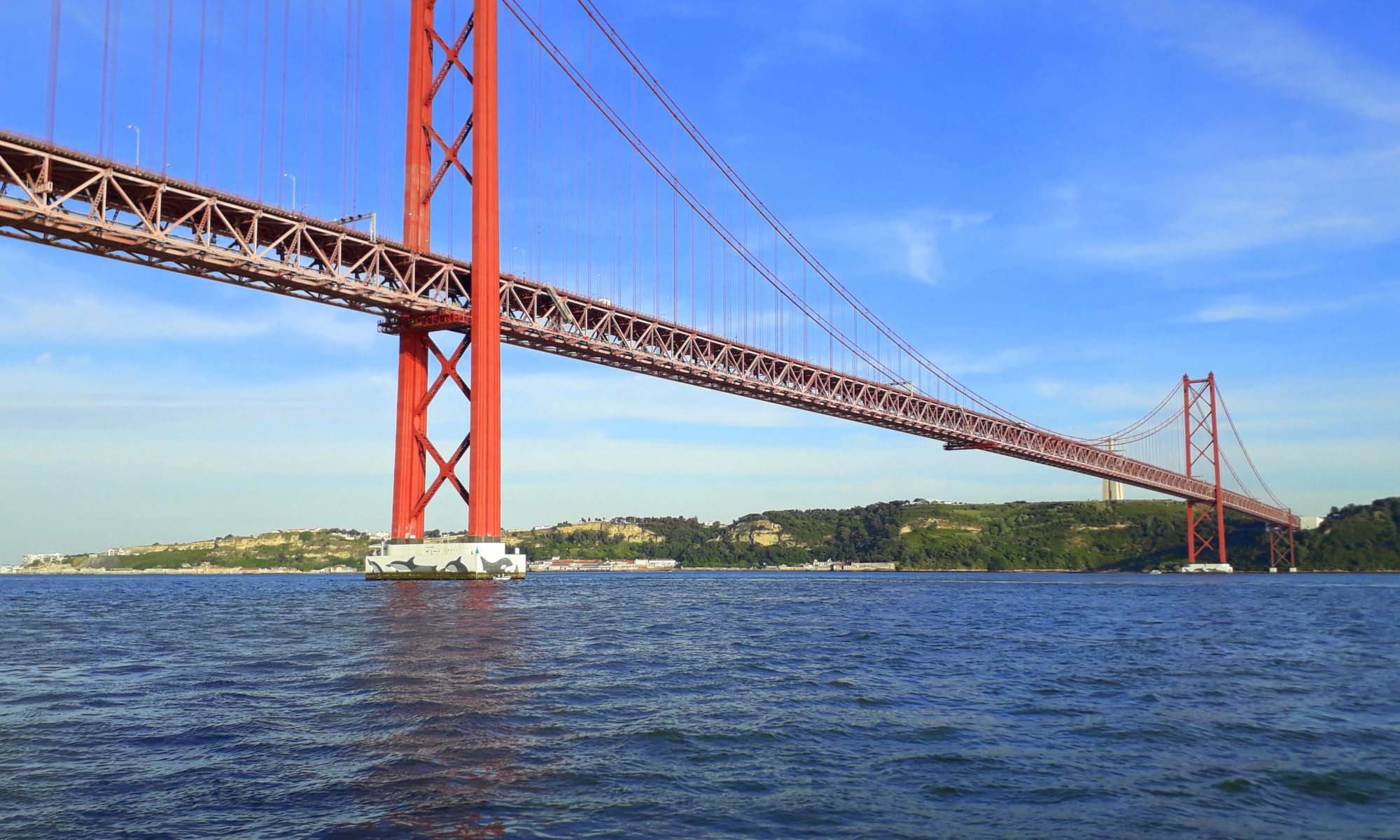 Let’s continue with the second part of the Lisbon series: Explore. Here you will learn the different possibilities that exist to explore the capital of Portugal and which ones are suitable for whom. In the other parts of the series, you can read about where to find vegan food, which sights you should visit, where to stay cheaply and what to discover in the surroundings.

You can find the other parts here:

Yes, there are indeed some ways to discover the City of Seven Hills (A Cidade das Sete Colinas). Whether classically on foot, by bike, by hop-on hop-off bus or the famous tram 28E. Or a little more unusual by tuk-tuk, Segway, a Renault Twizzy or perhaps even by boat? Let’s go through the different means of transport together.

According to many travel guides, Lisbon’s old town is best explored on foot. This is true, however, only for a very small radius, as you quickly get out of breath due to the steep incline. Combined with the summer heat, you work up a sweat quickly. The slippery, abraded cobblestones don’t make it easier for you.

Moreover, in many places the footpaths are way too narrow for the tourist crowds, so one must jink to the road in the chaotic traffic. Loud honking at every turn in combination with all the aforementioned guarantee headaches and bad moods. In addition, Lisbon is simply too extensive: hardly anyone would want to run the entire 85 square kilometers of the city.

But also the bicycle is not an ideal solution, at least not for the city center. The already mentioned inclines, the crowded, narrow streets, non-existent cycle paths and the ignorance of the motorists make the cycling life difficult.

However, if you want to cycle along the Tagus river, you can avoid all these obstacles. There are actually bicycle paths which are separate from the road, and the route is almost completely level. In this way you can easily explore the Torre de Belém, the Mosteiro dos Jerónimos, the Ponte 25 de Abril, the Praça do Comércio and the Expo grounds Parque das Nações.

As in virtually all tourist cities, there is of course also in Lisbon the possibility to discover the city during a hop-on hop-off bus tour. We tested such a tour, namely the Tagus Tour by Yellow Bus. At 14.40 euros, it’s the cheapest of the roundtrips offered and leads in about 100 minutes and 18 stops from the historic center to Belém and back.

Thereby you can learn a lot about the city, the country and the culture by means of the audio guide available in several languages, while comfortably letting the sun shine on your face and a fresh breeze of the Tagus blow through your hair. If that’s not enough for you, you can also do the Yellow Boat Tour and the Hills Tramcar Tour (runs the same way as the tram line 28E, but is much less crowded). Additionally you get discounts on some other tourist attractions.

Who doesn’t know it, the famous line 28E? The yellow tram is probably one of the most famous symbols and landmarks of the hilly city on the Tagus and a ride in the historic tram car is considered an absolute must.

Accordingly popular and overfilled is it. No wonder, after all you get a city tour through the historical Lisbon for the price of a normal single ticket. And not only that: with a maximum of 13.5 percent gradient, the line has one of the steepest sections of an adhesion traction worldwide, along with narrow curves and the route guidance through small alleyways of the old town. If you want to escape the pressing crowds, you can alternatively take advantage of the already mentioned Hills Tramcar Tour. It’s clearly more expensive, but also much emptier.

By the way: the “E” stands for “Eléctrico” and was added as in all other Lisbon tram lines only in 1994, however, the line 28 has existed already since 1928. In the old trams you always board in the front and alight at the rear.

If you want something more fancy, you will be already quite well served with a tuk-tuk or Segway. Although we personally find that the auto rickshaw belongs to Asia and we would feel rather silly, to be driven around Lisbon like that. However, we must also concede that the version with electric motor, with appropriate power purchasing, is fairly environmentally friendly and reduces the exhaust gases in the city.

The same applies to Segways. In contrast to Germany, they are officially endorsed in Portugal. However, since we are not that into personally guided tours, we decided against these two options.

Instead, we have chosen something even more individual, more unusual and newer: a city tour with a Renault Twizy from Lisbon Eco Tours. The narrow electric car fits through every little alley and leads by navigator to all important sights, to which it also tells GPS-controlled exciting information, stories, curiosities and secrets of Lisbon and its inhabitants.

You drive yourself and can choose between different tours or explore Lisbon on your own. So you are by yourself or in two and not with a huge tourist group and can relax wherever you want and take as much time as you need.

The Twizy offers even more advantages: you can park it almost everywhere free of charge, you have no fuel costs and with zero pollutant and noise emissions it’s also extremely sustainable and environmentally friendly. Or like Lisbon Eco Tours would say: 100% Fun, 0% Emissions.

And also for sailing fans and lovers of the water we have a tip: the sailing tours by Taguscruises. Twice a day, the about 13-meter-long sailing yachts leave their port: for the Day Tour at 3 pm and for the Sunset Tour two hours before sunset. Thus perfect also for romantics!

From the Torre de Belém it goes along the bank of Lisbon on the Tagus river passing underneath the bridge Ponte 25 de Abril to Alfama, the old quarter with winding alleys. On the way back, the sailboats approach Lisbon’s opposite bank of Almada, so that the Cristo Rei, a 28-meter-high statue of Christ, can be admired.

We enjoyed the two-hour Sunset Tour very much and loved to see Lisbon’s sights from a totally different perspective.

As you can see, there is a multitude of possibilities, all of which have their advantages and disadvantages. Merely by car Lisbon isn’t really good to explore. The streets are way too crowded, narrow and steep and free parking exists little to not at all. So you should better abandon your car or not even rent it in the first place.