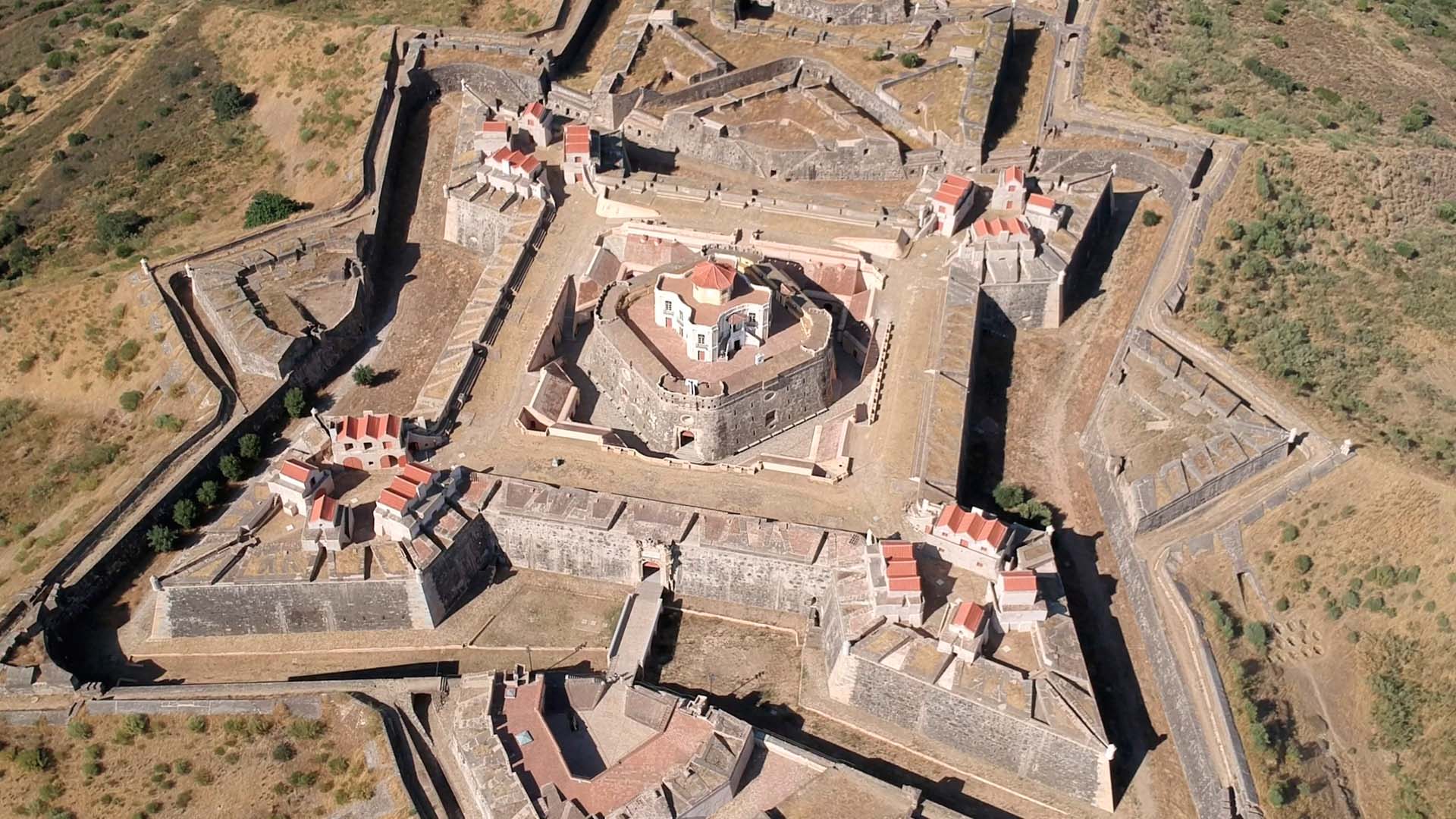 Near the Spanish border, Elvas is home to the world’s largest preserved bastion fortifications. Together with the entire historic center, these have been a UNESCO World Heritage Site since 2012. After Elvas was developed as a strategic point to one of the major strongholds of the country, the town was repeatedly the scene of the Restoration War, which broke out as a result of the revolution of 1640.

Built between 1498 and 1622, the four-storied Amoreira aqueduct is a landmark of Elvas. From the main spring to Largo da Misericórdia it has a total length of 7504 meters. In the valley of São Francisco, there are 843 arches to be found over a length of 1113 meters with spans of up to 14 and a height of 31 meters. A section of the aqueduct runs underground to a depth of 6 meters.

The historic center of Elvas with its variety of religious buildings, fountains, schools, mansions, gardens and historic public buildings is a UNESCO World Heritage Site. In addition, you will find the Castelo de Elvas and remains of the city wall there.

During the Portuguese Restoration War from 1640 to 1668 and the expansion to a garrison town, the large bulwark fortifications and ample military buildings were built. The conflict was crowned with success: on February 13, 1668, the Kingdom of Portugal obtained its independence from the Kingdom of Spain with the conclusion of the Treaty of Lisbon.

On a promontory about 400 meters southeast of the city fortress, the star-shaped fort of Santa Luzia was built between 1641 and 1648. It is connected to this very fortress by a wide covered path and protected by two defenses with two dry ditches. Today there is a military museum inside the fortress.

About 1 kilometer north of Elvas is the fortress Nossa Senhora da Graça. It was built in 1763 on the 404 meter high so-called Monte da Graça (“Hill of Grace”) for the defense of the fortress and border town of Elvas. Its official name is Forte Conde de Lippe, historically known as La Lippe.

The good strategic position of the town was proven during the Restoration War when the Spanish troops occupied the town during the siege of Elvas in 1658. On January 14, 1659 one of the decisive battles for the independence of Portugal took place in Elvas.

In 2014, the fort became part of a new project under the patronage of the Portuguese Ministry of Defense with the support of the Turismo de Portugal. Now, historical routes are offered based on Portuguese heroes here. Due to the great need for preservation, the fortress was included in the biannual list of the 100 most endangered cultural monuments of the non-profit organization World Monuments Fund in 2014.