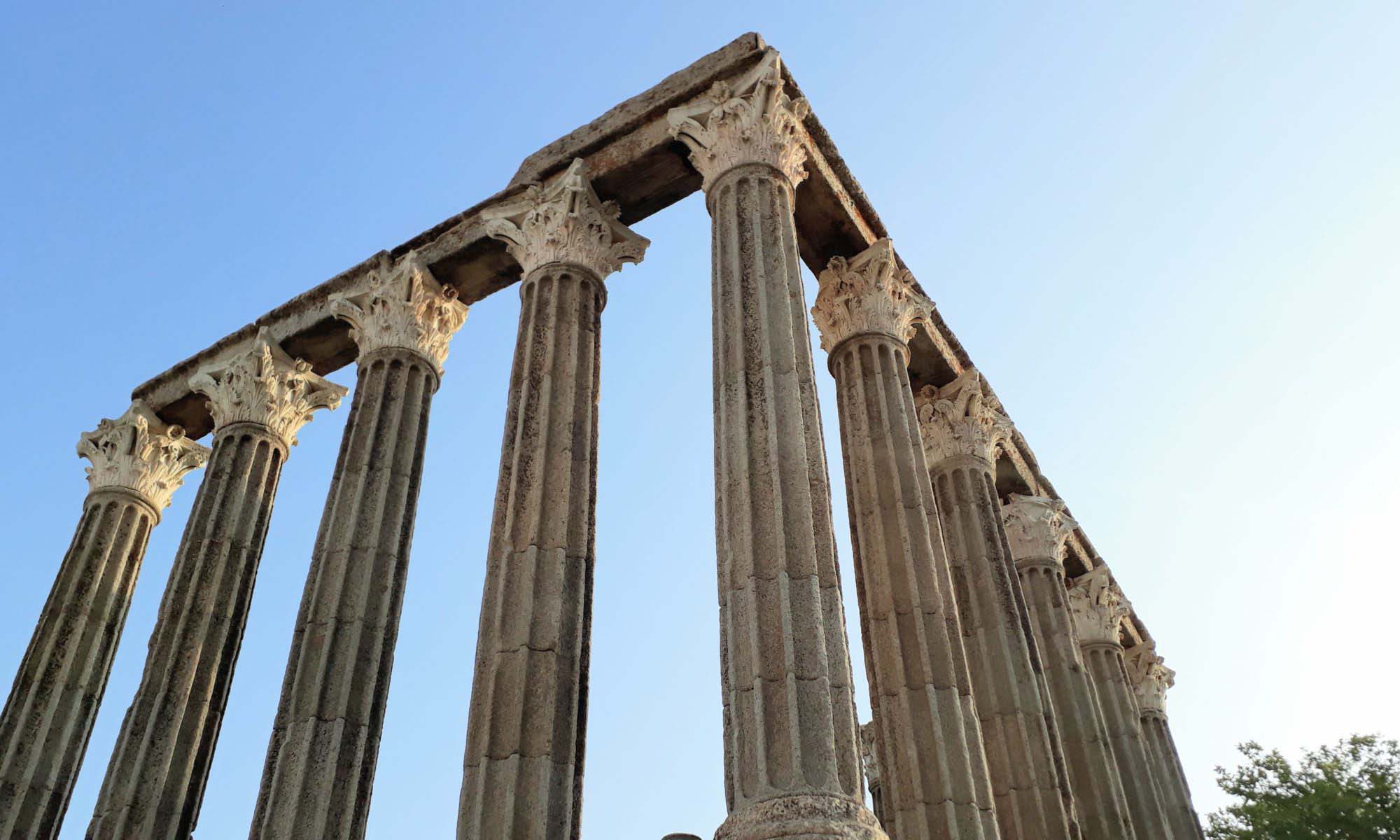 The historic center of Évora has been included in the UNESCO World Heritage list since 1986. The capital of the south-central region of Alentejo in Portugal also belongs to the Most Ancient European Towns Network founded in 1994. In addition to Roman remnants, the Almendres Cromlech, whose age is estimated at about 5000 to 6000 years, is located very close by.

The so-called aqueduct of silver water dates back to the 16th century. It is one of the few of these times that still works today and contributes to the city’s supply. Over time, the aqueduct has been transformed into residential property, which can be seen in some streets of the old town, such as the Travessa das Nunes, Rua do Cano or Rua do Salvador.

By the way: There is a large free car park near the historic center and the aqueduct.

The ruin of the Roman Temple of Évora, also called Temple of Diana, is a real highlight of Évora. The temple made of granite and marble was built in the 1st century for the late Emperor Augustus. It is one of the most important landmarks of the Roman and Lusitan civilization of Évora and Portugal.

Not far from the Roman Temple, the Cathedral of Évora is located in the center of the city as well. The construction of the Gothic-style building began in the 12th century. Today, its roof offers beautiful views over Évora.

The city’s main square, hundreds of years old, is called Praça do Giraldo. Built around the Henriquina fountain made of marble, it forms the center of Évora. Here you will find numerous cafes and restaurants.

Next to the entrance of the Gothic-Baroque Igreja de São Francisco is the Capela dos Ossos. Since the interior walls of the small chapel are covered with human skulls and bones, it got its name: the “Chapel of the Bones”.

About 10 kilometers as the crow flies from Évora you will find the most important megalithic structure in Portugal and the entire Iberian Peninsula: the Cromlech of the Almendres. With its dating to the transitional period from the Stone to the Copper Age 4000 to 2800 BC, the Neolithic stone circles are even about 1000 to 2000 years older than Stonehenge.

The double stone oval forms the shape of an “8” in west-east direction and consists of about 100 stones with a height of 1 to 3 meters. They were discovered and uncovered in the years after 1964. At that time, many stones were overturned and partially rolled apart due to the slope. Some of them were decorated with eye motifs, circles, zigzag lines or sun and moon representations.

The megalithic area can be visited for free.