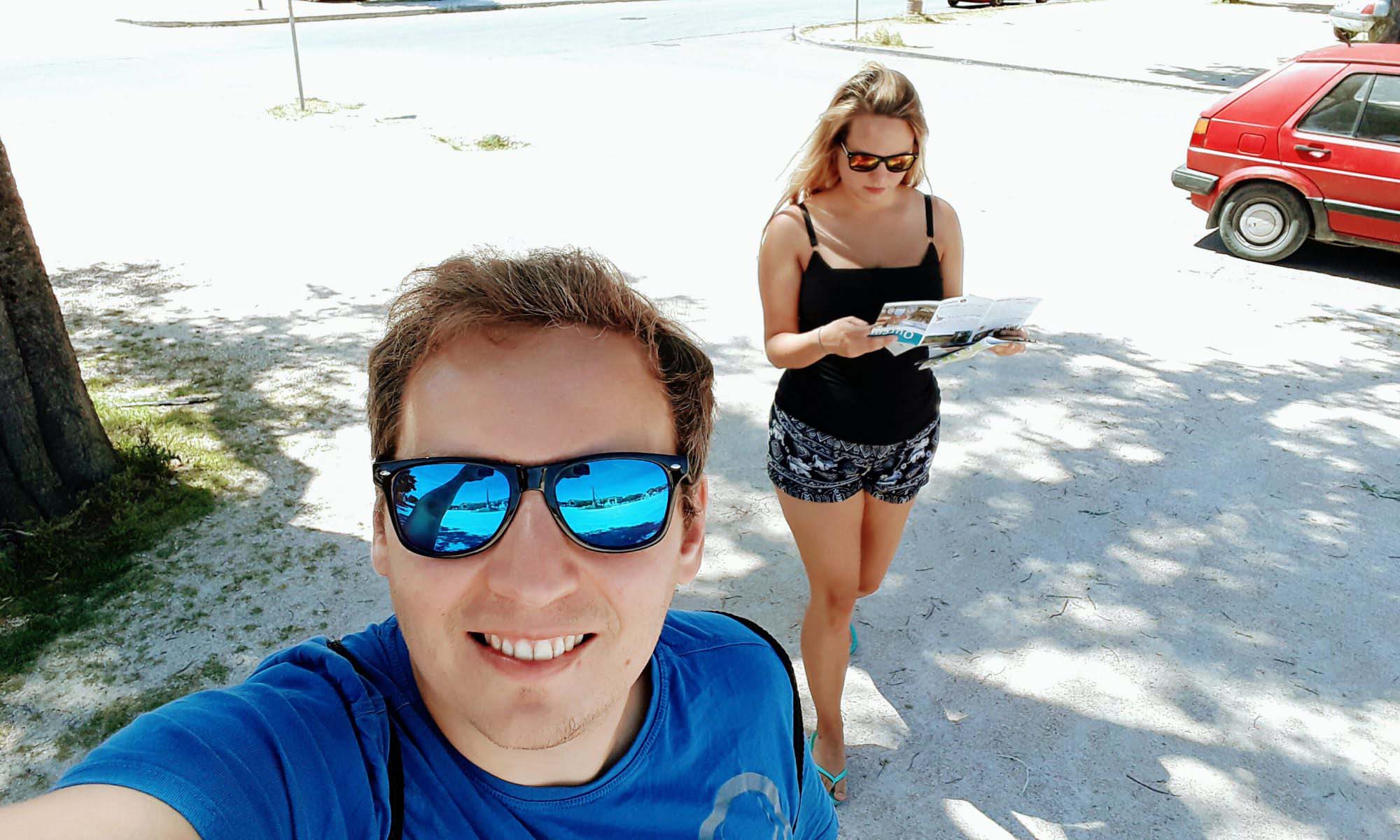 We made the next stop in the town of Ourém, where, however, apart from the medieval old town and Castelo de Ourém, there is not much to see.

With the Santuário de Fátima (Sanctuary of Fátima), Fátima is Portugal’s most important place of pilgrimage. Across from the old Basílica de Nossa Senhora do Rosário, the new Basílica da Santíssima Trindade (Basilica of the Holy Trinity) was inaugurated in 2007. It is the world’s fourth-largest Catholic church and the largest new church construction of the 21st century so far. Furthermore, between the two churches there is also the largest church forecourt in the world.

However, behind the origins of the pilgrimage site, there is also a pretty crazy story: on May 13, 1917 (almost exactly 100 years ago) the three shepherd children Lúcia, Jacinta, and Francisco are said to have witnessed the apparition of the Virgin Mary. She commanded them to return to this place on every thirteenth of the month. Since Jacinta did not adhere to the silence agreement, from month to month, there were more and more curious onlookers.

Therefore the apparition announced a miracle for October 13, which tens of thousands of spectators are said to have observed: the sun, which resembled a silver disc, had allegedly turned like a fire wheel. On May 13, 1930, the apparitions were declared credible by the Bishop of Leiria and the public worship of Nossa Senhora de Fátima was permitted at this location.

As if this was not enough magic already, the three secrets of Fátima had been handed over to the said three children on the third apparition on July 13, which they were not allowed to publish in 1917 though. In 1927 Lúcia was given permission to reveal the first two secrets in a message from heaven. However, she had to burn the writings again at the order of her pastor. On August 31, 1941, Lúcia re-wrote the secrets and handed them over to the Bishop of Leiria. Both secrets were published on 13 May 1942.

Although Lúcia wrote down the third secret in 1944 already, it was not made known until June 26, 2000. According to some, the content refers to the Pope assassination attempt of 13 May 1981, which occurred on the anniversary of the first apparition. Pope John Paul II visited his assassin Mehmet Ali Ağca 1983 in prison. In the conversation, the latter was concerned with the phenomena of Fátima, asking several times what Pope John Paul II had done for the queen who had prevented his death.

Also in the pilgrimage town of Fátima, vegan food and shopping can be found at the health food store and restaurant Tonsai Bio. Here you can comfortably devour the daily menu and shop from a wide range of products. Most is vegan and of course everything is organic!