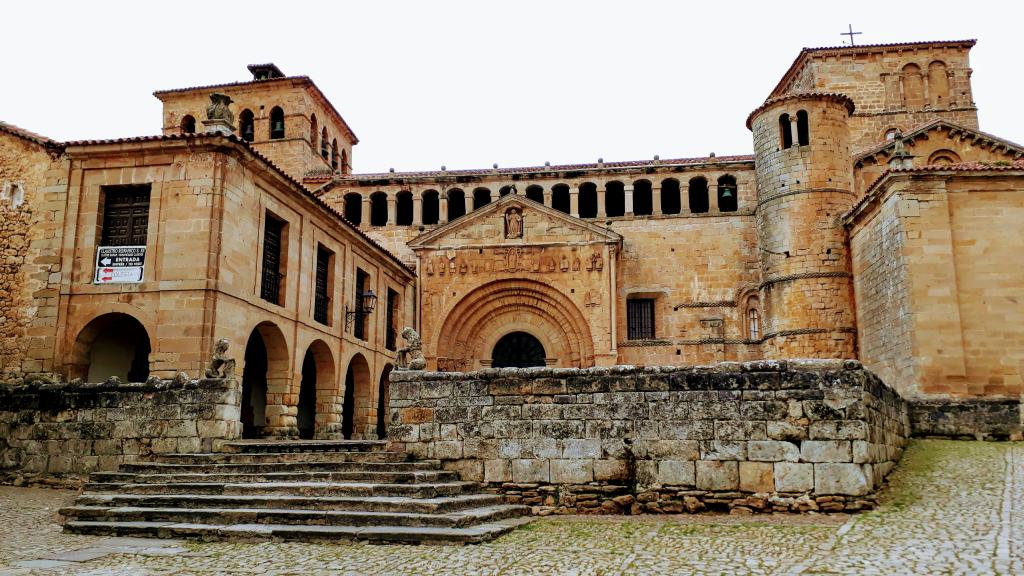 The station of the Northern Way of St. James (Camino de Santiago de la Costa) is a popular tourist destination. In order to avoid the crowds of day visitors, you should visit it in the off-season or evenings. The centuries-old city center is closed for cars.

The main attraction of the town is the Collegiate Church of Santa Juliana (shown above). According to tradition, the relics of Saint Juliana were preserved in a monastery from the year 870, which in the 12th century was converted into said church. It gave the town its name (Sant Iuliana – Santillana). Apart from that, there are numerous trading houses and palaces to be seen.

About two kilometers southwest of the town is the Cave of Altamira, which, with its famous prehistoric rock paintings, is part of the UNESCO World Heritage. The cave, which had an area of more than 5,500 square meters, was used from 16,000 BC to the collapse of the entrance 11,000 BC and was discovered by a hunter in 1868 due to the disappearance of a hunting dog (at least once a useful act of a hunter). The paintings (around 13,000 BC) were the first stone-age rock formations ever discovered.

Since 1979, the cave has become inaccessible to the public, as the visitors’ warm air and the newly added wooden railing have caused serious damage and the paintings began to mold. Therefore, the approximately 1500 square meter entrance area was faithfully reproduced and can be viewed in the Museo Nacional de Altamira, about 500 meters from the historical cave. Other faithful copies can also be seen in the Deutsches Museum in Munich and the Museo Arqueológico Nacional de España in Madrid.