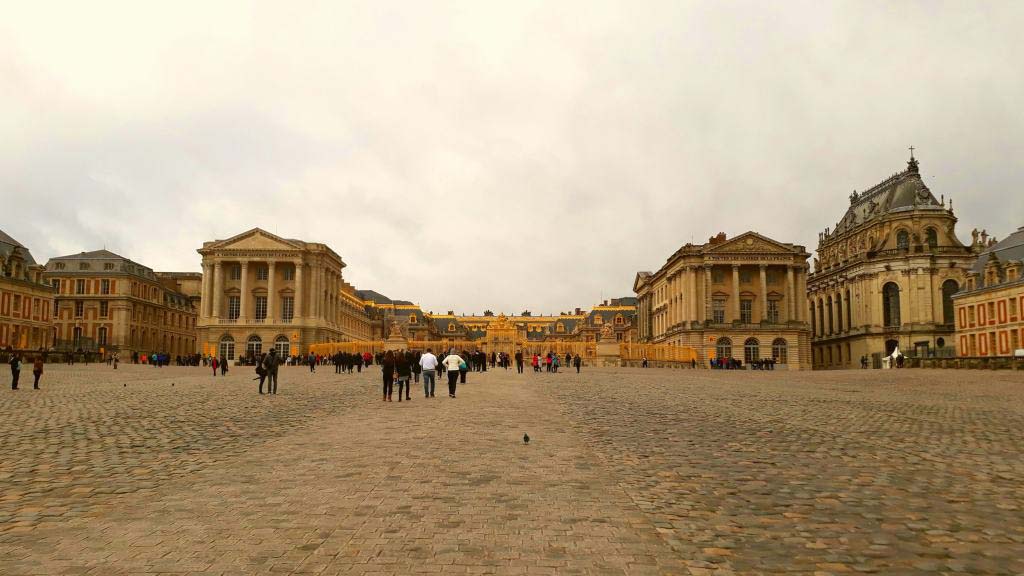 Exhausted from the sightseeing in the fast run in Paris we drove on to Versailles. There was a city waiting for us which is completely up to pomp: absolutely straight streets, free squares, glaring buildings, huge parks and, of course, the Château de Versailles.

King Louis XIII had originally built it as a small hunting castle in the forest, before his son Louis XIV (1638-1715), also known as the “Sun King” and representative of the courtly absolutism, made it his life’s work to create a gigantic fairy tale palace out of it, which should become the symbol of his power and the center of Europe. True to his motto “the state is me”, he also chose the sun as symbol of his government: He saw himself as the center of France, just as the sun is the center of the solar system. He died before the castle was finished, but the work was continued by his successors.

As the most visited castle of France and UNESCO World Heritage site, according to own data it is visited by about 15 million people annually. We as low budget traveler saved us the entrance fee and visited neither castle nor gardens, but were grateful for the quiet sleep a bit away from the hustle and bustle in Paris.