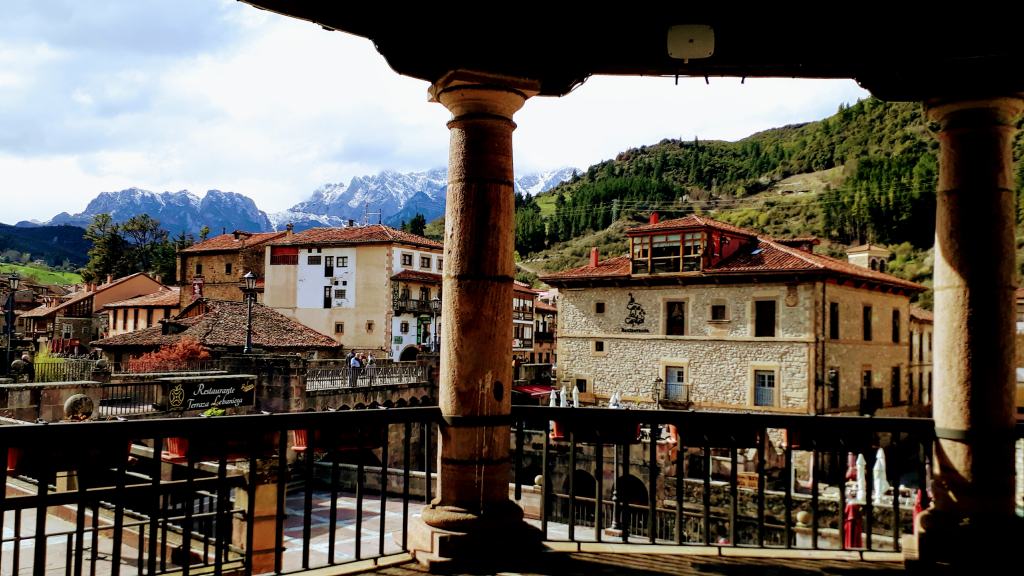 During our stay at La Perezosa in Torices, we took advantage of the good weather to explore the small town of Potes, which is only about ten kilometers away.

Our video of La Perezosa & Potes

It is first mentioned in a document from the year 847 under the name Pautes. Although Celts, Romans, Visigoths and Moors have left no traces in the municipality, an early settlement of the area is considered likely. Today, it is recognized as cultural heritage and under preservation order.

We also made a detour to the Santo Toribio de Liébana Monastery, about three kilometers west, which is a popular destination mainly for Spanish tourists.

Another famous excursion destination is the Fuente Dé high valley, some 23 kilometers to the west, with its cable car station. However, we did not go there, as the cableway seemed too expensive to us.

On the way back from the Picos de Europa to the Cantabrian coast we also stopped at the pre-Romanesque church of Santa María de Lebeña, nine kilometers north-east of Potes.