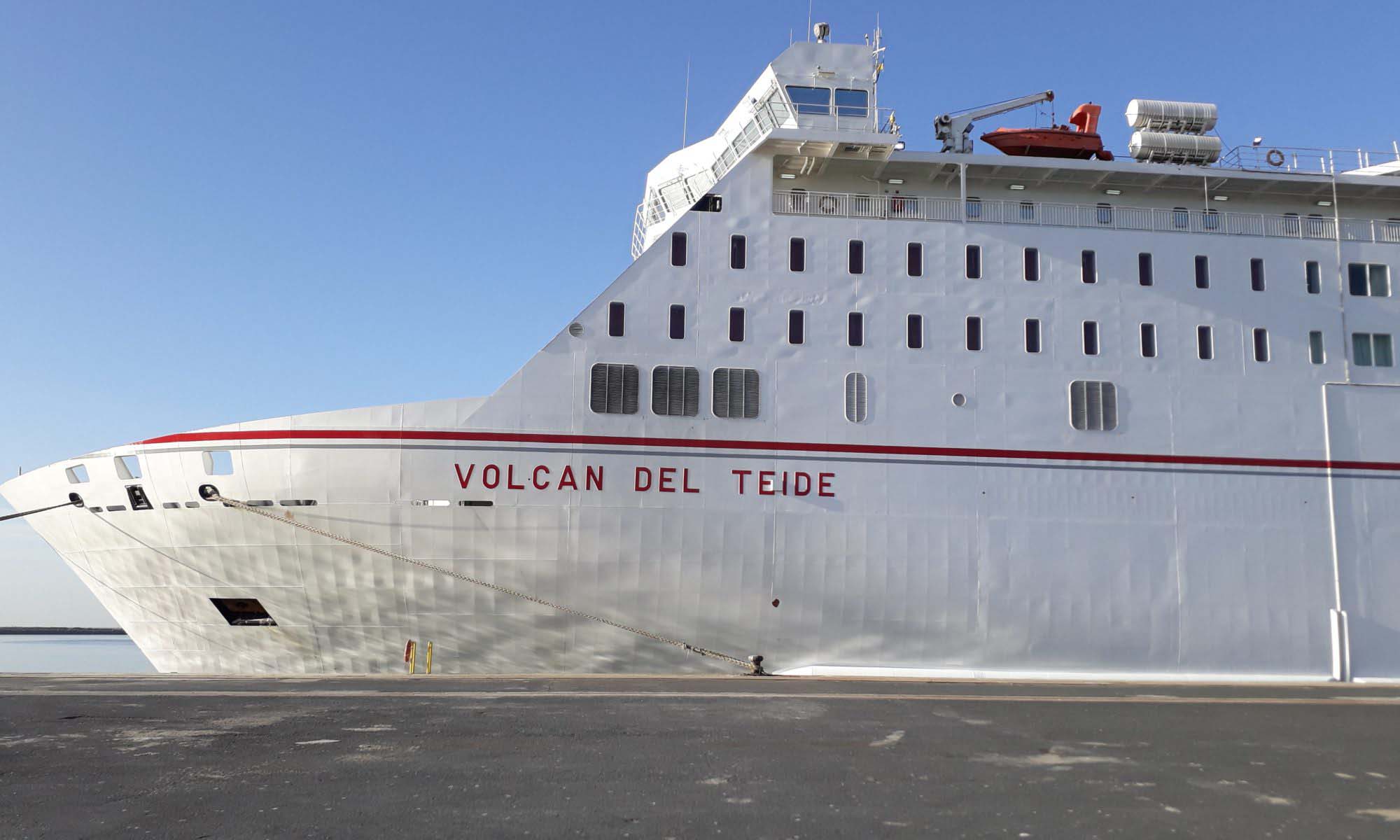 After leaving the Algarve and so also Portugal behind us, we were still far away from our next destination – more precisely: very far, even more than 1000 kilometers. Because after that, we already headed our overwintering destination for the turn of the year 2017/2018: the Canaries! However, it was not that easy to get there.

We had come up with the idea of wintering in the Canary Islands, as Chantel’s parents had booked a trip to La Palma for November. In addition, there should soon be a ferry service from the Canaries to Morocco again. A country that we had already planned in our thoughts anyway in our itinerary.

So the plan was born to take a car ferry from Huelva on the Spanish mainland to the Canary Islands, meet with Chantel’s parents, then take the ferry to Morocco and within Morocco drive up north again to finally ferry back to Andalusia. That way, there was also the chance to escape the European winter – after all, the Canaries are not called the “islands of eternal spring” for nothing.

AT LEAST THAT WAS OUR PLAN.

However, it was almost tipped: First, we could not book the car ferry to the Canaries in advance, as we were still waiting for our drone¹, which we had ordered in the end of August and which still had not arrived. According to directferries.com supposedly no problem, because you could also book the ferry very spontaneously.

What we did as soon as our DJI Spark¹ (the little brother of the Mavic¹) finally arrived. Well, unfortunately, we were then informed by mail a few hours later that the ferry, which we actually wanted to take, was already fully booked. “No problem, let’s take the next one,” we thought. But nope, no chance: Since the ferry leaves only once a week, the next free space should be available again only three weeks later. At this time, Chantel’s parents would be on the plane back to Germany.

So we dashed off right away to be put on the waiting list the next morning at the ferry terminal. This was amazingly easy, but there were also 20 other people in front of us on the list. So after waiting forever, only two or three additional vehicles from the waiting list were allowed to go on the ferry. The earliest possible official free space had meanwhile moved away another week. Which meant for us: We had to wait another week and then come back and try again.

The next week, the same game. Although we went up from the 21st to the fifth place on the waiting list, this time, however, only one person from the list could go on the ferry. But since we had already waited there for the second time without success, they gave us a “safe” ticket for the following week. This allowed us to spend the last “waiting week” with the relaxing certainty of arriving in the Canary Islands in time to meet Chantel’s parents.

So: If you want to take the car ferry from Huelva (mainland Spain) to the Canary Islands, buy the ticket either online on time or on the day of departure (or preferably a few weeks before…) early enough at the Armas counter at the port. The ferry leaves once a week (each Saturday) and stops at the islands of Fuerteventura, Gran Canaria and Tenerife (in this order). For that it needs – depending on the destination island – about 36 hours. For two people and a normal size car, we paid 399 euros. Incidentally, on our third attempt, all people from the waiting list could go with the same ferry as well.

What did we do in the waiting time?

After the first ferry-failure, we drove from the port back to Huelva city. There, we tried to find good wifi and electricity – no chance. Therefore, we booked an accommodation for one night. The next day we drove on to Seville, where we stayed for three nights. We stayed in a cheap hostel right by the cathedral in the old town and ate delicious vegan food at Veganitessen.

On the way back from Seville to the port of Huelva we stopped in the village of El Rocío near the Doñana National Park which is also UNESCO World Heritage Site. As Spain’s most important wetland, it is the home to rare bird species and is used by thousands of migratory birds for wintering. The area is also known for the second largest population of the critically endangered Iberian lynx.

After our second ferry attempt had failed as well, we felt to relieve the disappointment with a bit of luxury. Therefore, we treated ourselves to a night at a greatly reduced 4-star resort nearby. There, we also finally met our new family member for the first time: our Sparki¹. Since we liked Punta Umbría and its beaches quite a lot, we stayed there until one night before the next ferry ride.

¹ We are a participant in the Amazon Services LLC Associates Program, an affiliate advertising program designed to provide a means for us to earn fees by linking to Amazon.com and affiliated sites.