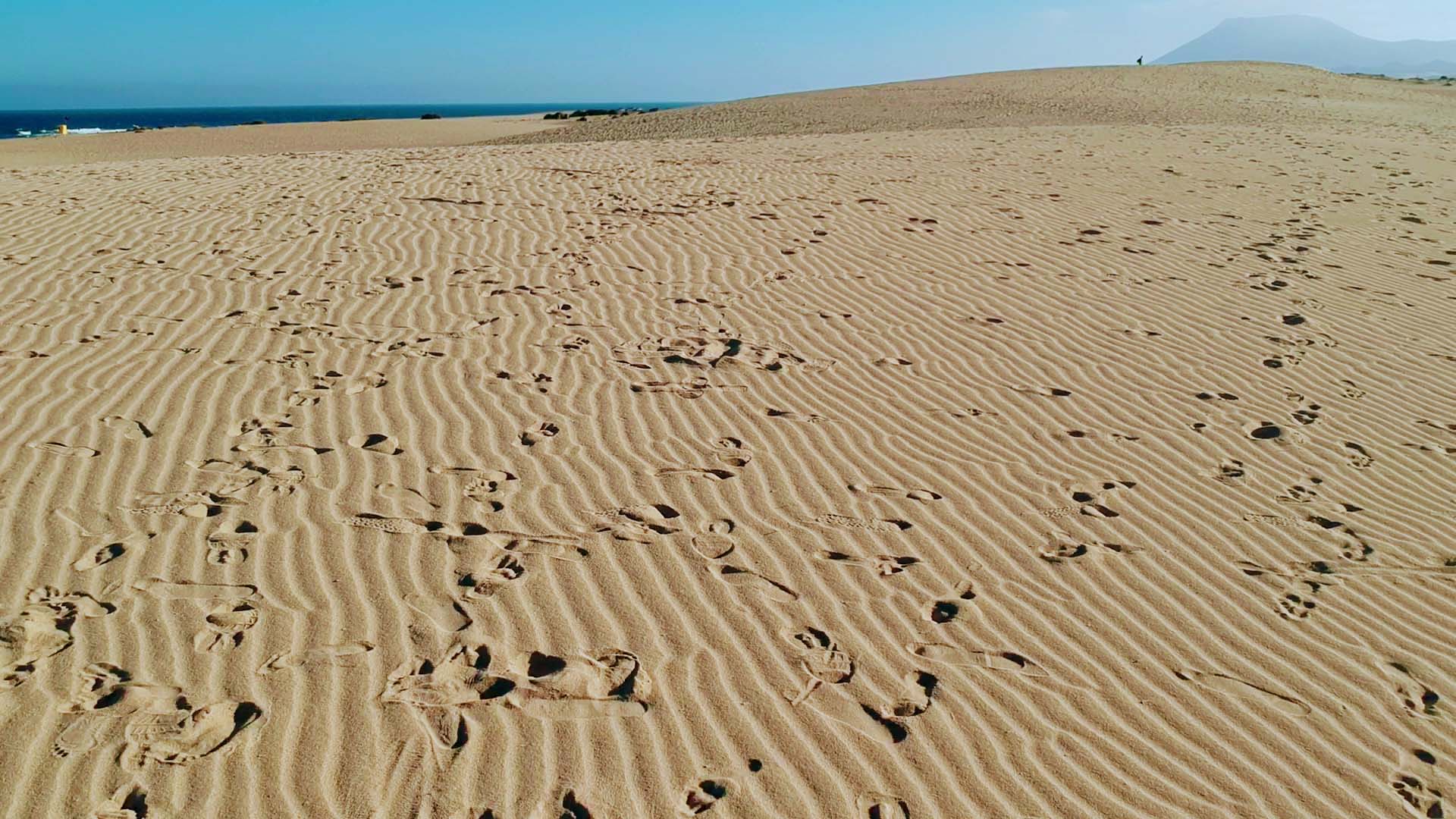 On the southeast coast of the Jandía Peninsula, the beaches of Playas de Sotavento extend over a length of more than 20 kilometers. An elongated lagoon and two high dunes that reach to the sea, form the most beautiful section of the beach. While the beaches on the north end at Costa Calma are quite busy, they are almost deserted further south. A paradise of sand and sea for surfers, sun lovers and swimmers.

Morro Jable is an old fishing village that was relatively secluded in the remote area of southern Fuerteventura until around 1970. When a road to Morro Jable was built, however, tourism began, which has since then become dominant for the place. Today Morro Jable, with its many hotels, which are terraced on the steep slopes along the coast, is the main tourist center of the canary island.

In the midst of protected salt marshes, the lighthouse Faro de Morro Jable, which went into operation in 1996, rises into the sky. With a height of 62 meters, it is the largest beacon on Fuerteventura.

On the barren southern tip of Fuerteventura you can find one of the loneliest beaches in the Canary Islands. A bumpy road leads from Morro Jable across the Jandía Peninsula to the more than eleven kilometer long Playa de Cofete. Even at high season only a few tourists come to the wide sandy beach, as the strong undercurrent makes swimming dangerous. For beach walkers and adventurers the trip is still worthwhile.

Cofete is also home to the mystified Villa Winter, a property with an opaque past, named after its former owner.

The German military engineer Gustav Winter is said to have built it in 1936 in the style of Hitler’s Berghof in Berchtesgaden. The usual speculation about Winter’s tasks and the function of the finca include the establishment of a secret submarine port during the Second World War and/or the temporary accommodation of Nazi soldiers and their transport to South America at the end of World War II. All serious research by German and Spanish journalists has failed to prove or refute any of these speculations with many variants.

The property is now privately owned, but for a small amount of money the residents allow a view into the interior. Nevertheless, the mystery of the property remains unrevealed.

The Punta de Jandia is located on the extreme south-western tip of the canary island. Pretty much in the middle of the Atlantic Ocean, there are strong winds and a dangerous swell. Bathing has been banned by the island government, because due to the underwater currents, vacationers die every year.

The landscape is characterized by the barrenness and desolate wasteland which is typical of Fuerteventura. The paved trail ends after a few kilometers in a sandy and twisty bumpy road that can be traveled only slowly.

Our first tip: The cheapest supermarket – especially in terms of vegetables and fruits – on Fuerteventura is actually Lidl. Here you can also find all sorts of vegan stuff, such as a wide range of plant milk (soy, oat, almond, hazelnut, coconut, rice) and soy yogurt, which is even often reduced.

Also Mercadona has a large choice of milk and yogurt alternatives. Moreover, relatively newly added to the product range are various seitan and vegetable burgers.

Also in the Super– or HiperDino, soy milk can be found easily. The soy cappuccino to go by Vive Soy is even cheaper than its cow milk comrades as you can see in this picture:

That’s it from us regarding Fuerteventura. Here you get to the other Canary Islands. Have you been there too? Let us know in the comments! 🙂